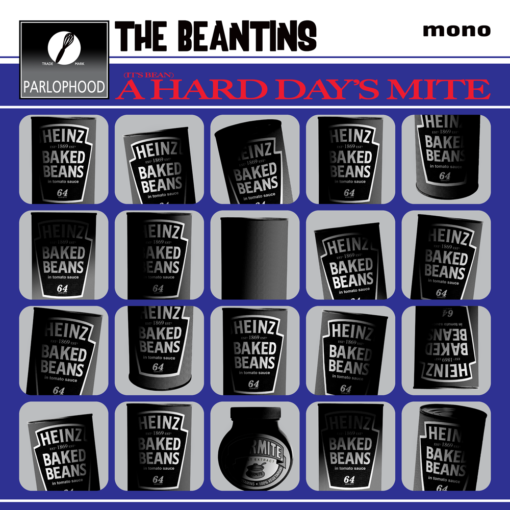 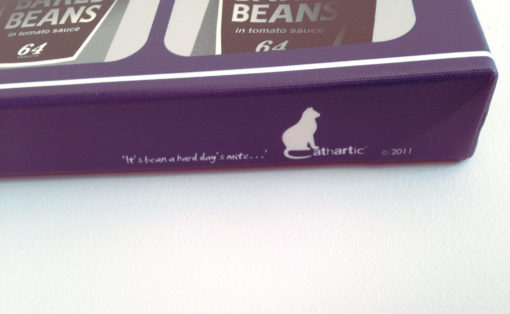 After completing ‘Having Bean Some Days In Preparation…’ I got to thinking that the Baked Beans as musical icons idea had some shelf life – that they shouldn’t be canned just yet – and The Beantins had arrived!

This was a fun picture to work on, but  the main problem how to make a tin of beans look animated and wacky as in the Fab Four’s album artwork! I found them extremely professional and accommodating to work with though!

A small amount of artistic licence – some would say extremely thinly spread – was used by incorporating a British icon and king of savoury spreads to get round the play on words of the original album title! The Beantins again have the year of the album’s release on their labels. The cover was completed with a variation on the Fabs’ record label having a foodie emphasis…

Having Bean Some Days in Prepa...