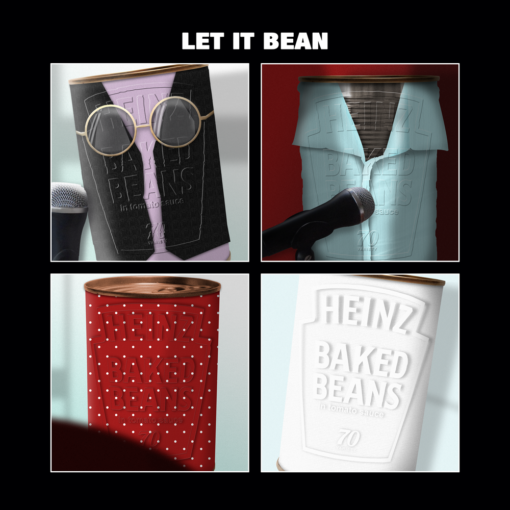 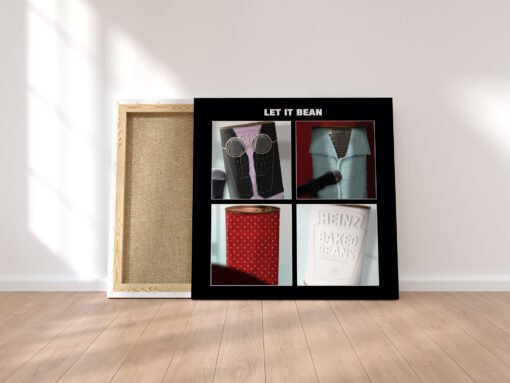 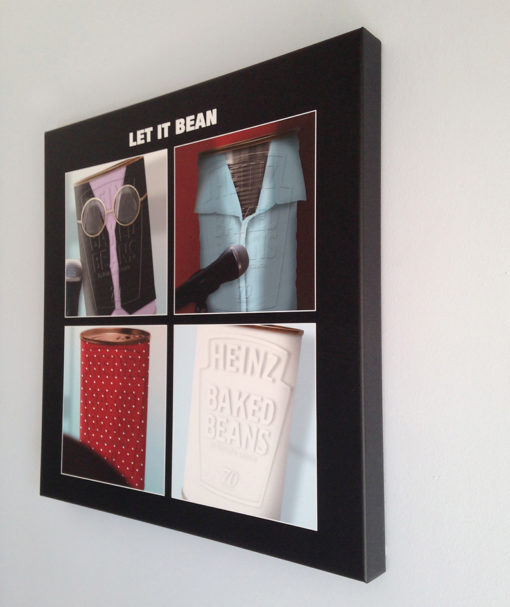 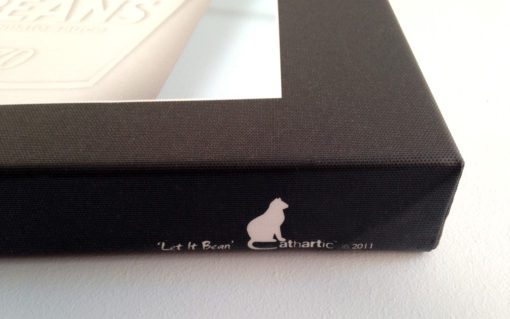 By now I had a taste, so to speak, for The Beantins! This was an obvious choice of covers to do, the main dilemma was what clothes to put ‘Beantin Paul’ in, as unlike the others his picture on the original album doesn’t give any clues to what he was wearing. After researching pictures taken around the ’69 sessions I decided on the light blue shirt, narrowly pipping the custard yellow jumper!

By now the cracks are showing and the smartly dressed and happy Beantins of  a few years ago are soon to be no more.

The brief unity and togetherness they displayed in their previous album, A Bean Road, seem all too distant as the four individual pictures on this album cover show. Ah, the end. Sniff…

N.B. Beantins historians will note that the label features ’70 variety’ , the year of the album’s release, despite it having bean (sic) recorded in 1969.