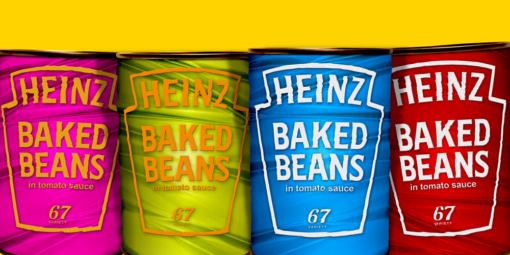 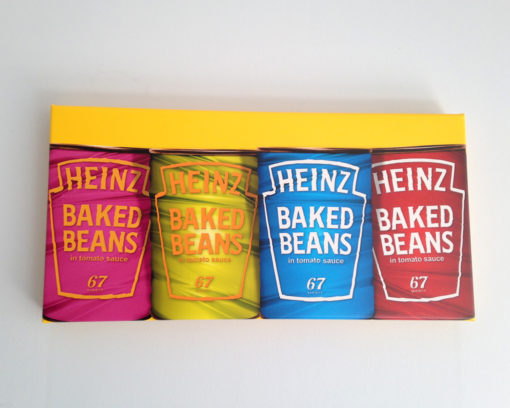 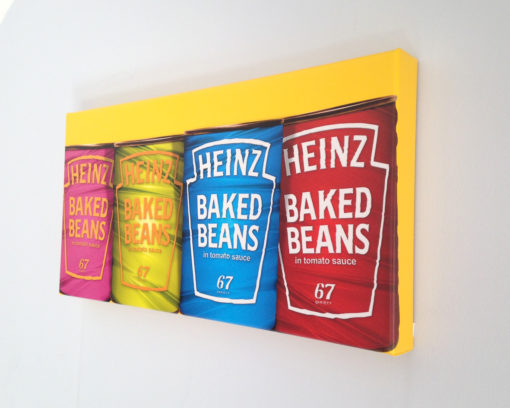 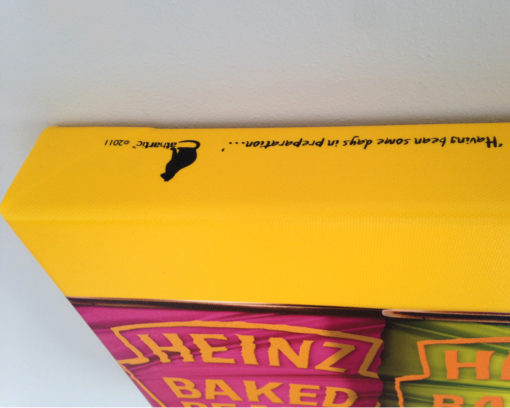 Having Bean Some Days in Preparation… (2011)

The first picture to be completed. Initially I was looking at using various iconic foodstuffs together in a collage, but collecting all the other elements needed was taking time – and still hasn’t been completed – so I began working on separate pictures.

As a massive Beatles fan, I remember reading a lot about the Sgt. Pepper marathon recording sessions, and that one of  their favourite meals was beans on toast – Ringo allegedly took a whole case of them with him when they flew to India to study meditation under the Maharishi – so as to return to recording with the least delay.  The inner gatefold of Sgt. Pepper has always fascinated me and to this day I find it a comforting image; maybe due to the bright psychedelic colours, or perhaps that they look relaxed and happy having reached the “toppermost of the poppermost” – and with their newly synchronised moustaches – nothing like The Beatles the world had grown to love in the preceding four and a bit years. They were arguably at their artistic and poptastic best!

It made me think that perhaps Baked Beans had played their small part in shaping musical history and that the tins themselves could each represent a member of the Fab Four. The usual ’57 varieties’ on the Heinz tins has been replaced to reflect the year of the album’s release.