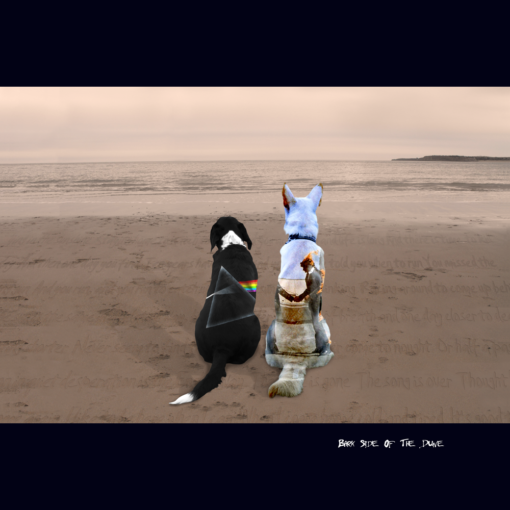 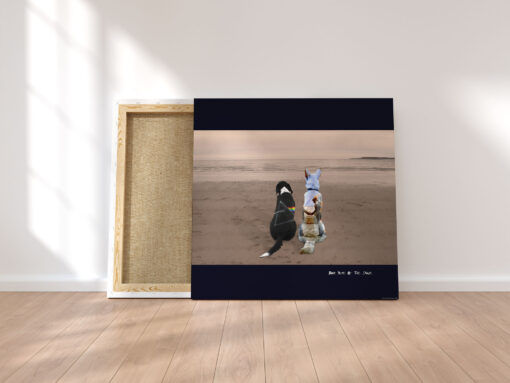 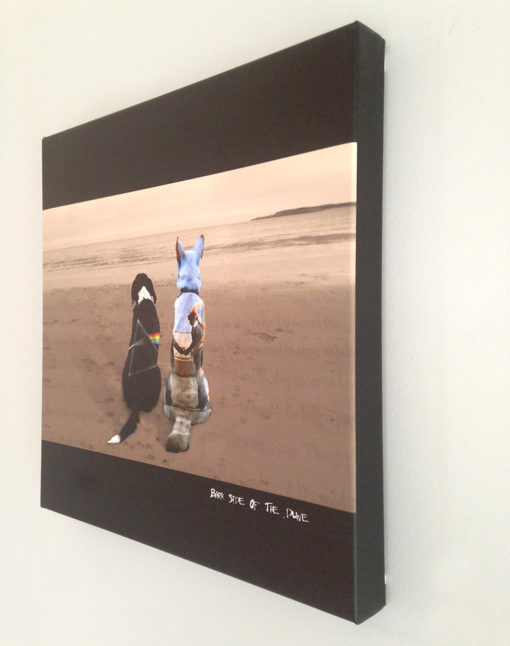 Originally a picture created for a friend’s 40th birthday. While staying with my wife and our two friends – and their two dogs, Daisy and Fred – in a cottage in Tenby, Wales over the New Year period I got the idea for what to do as a present. He is a massive Pink Floyd fan and had bought a couple of the Storm Thorgerson ‘Back Catalogue’ artwork prints when they had been produced to coincide with a re-release of the band’s oeuvre.

We were walking along the beautiful south beach with the dogs on our last day there and I took several shots of the dogs from behind – who posed patiently for several seconds at a time – with a lot of distracting by my wife – and separate panoramic shots of the beach looking out to sea.

Once I started work on the picture the main question was which album covers would be best suited to the dogs? This was what took the time – working on mapping the various iconic artwork onto both dogs and seeing which worked best. The canvas title came about due to Daisy and Fred disappearing behind the sand dunes when let off their leads and hearing their distant barks! Several months later I settled on the two album covers here as they just seemed to work with the colouring of the respective dogs, and luckily they are my friend’s two favourite Floyd albums! Rather apt really as they were recorded back to back! The picture is completed with the lyrics of ‘Time’ (from The Dark Side Of The Moon) scrawled into the sand.

A few months later I hand delivered a copy of this canvas to David Gilmour himself at his seafront home.