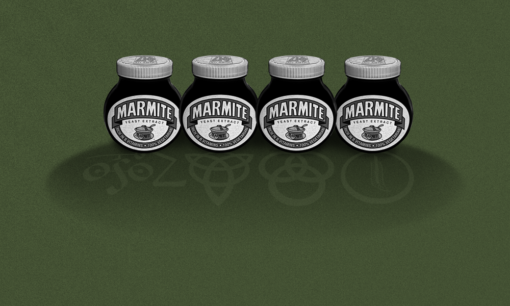 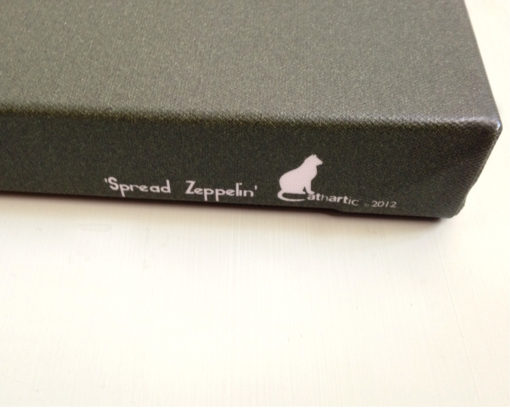 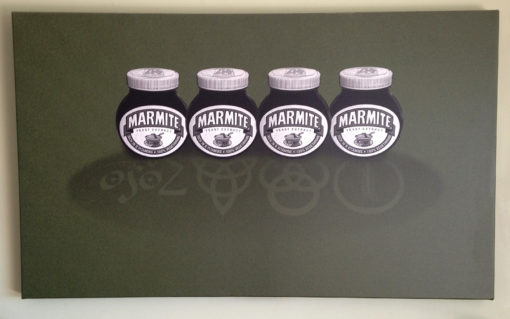 Led Zeppelin have always held a certain fascination for me and earlier in the year I had read Mick Wall’s biography of the band, ‘When Giants Walked The Earth’. In searching online for more information about them, I came across a phrase that referred to them as ‘Marmite music’. Although this term could be applied to almost any band, it got me thinking about working on another food-related (perhaps tenuous) supergroup picture! Led Zep IV is probably my favourite album of theirs and this was the first time the mysterious symbols for each member made their appearance. Being a veggie, Marmite happens to be another of my loves, although as a kid I hated it!

The picture shows each Marmite band member – arguably the greatest savoury spread in the history of savoury spreads – with their own symbol (or perhaps soul) cutting through the collective zeppelin-shaped shadow being cast. Love it or Hate it: two world-beating, globe-straddling, iconic British brands combined in one picture!