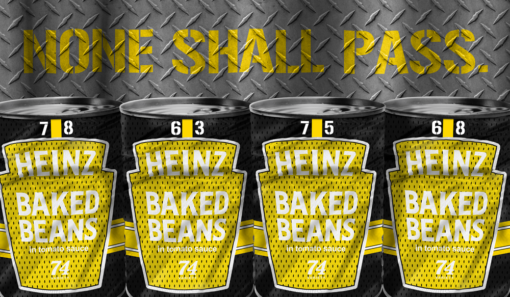 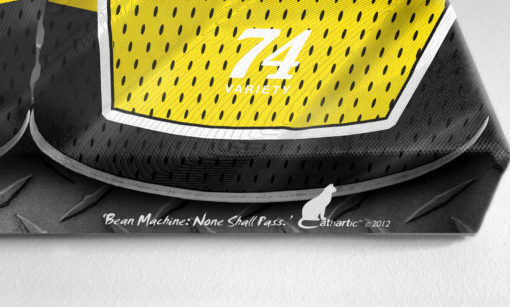 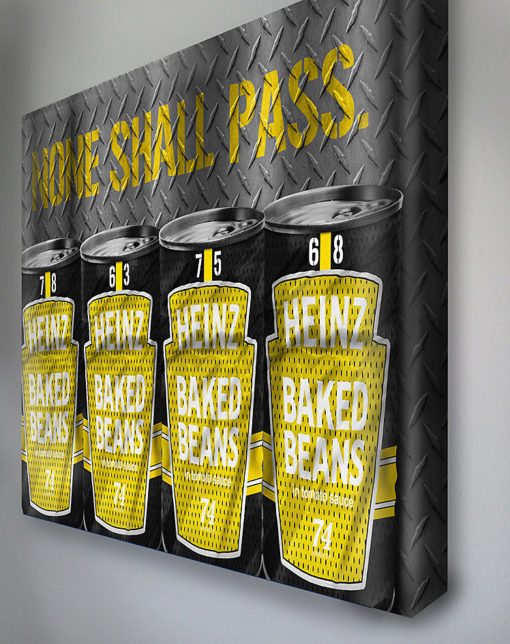 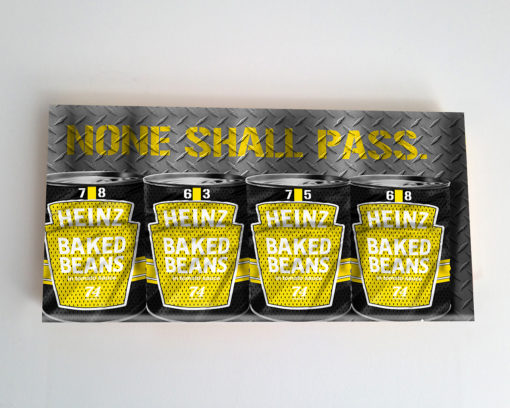 Continuing the Beans theme (!) this was an idea I had even before The Beantins’ pictures: having followed the NFL (National Football League) since the mid-80s I grew to love the more gritty teams from the ‘real’ America; hard running teams like the Chicago Bears, Green Bay Packers and the Pittsburgh Steelers. This seemed an obvious choice of picture to produce as it combines three Pittsburgh, Pennsylvania icons: The Steelers, Heinz Baked Beans (the Steelers play at Heinz Field) and the Steel Curtain, the formidable defensive line in the legendary Super Bowl-winning teams of the 70s. (Left to Right: #78 Dwight White; #63 Ernie Holmes; #75 ‘Mean Joe’ Greene; #68 L.C. Greenwood).

Each of the team is featured in perforated effect uniform and the usual Heinz ’57 varieties’ text is replaced with ’74 variety’, in reference to the first Superbowl (IX) victory which became the start of a dynasty. The picture features the requisite steel diamond tread plate background, with subtle curtain effect and ‘NONE SHALL PASS’ text, because very few were allowed to! This canvas comes in two versions: with the ‘players’ lined up and running off the edges of the canvas (creating a barrier with no way past!) or alternatively with them within the front edge in front of  the legend ‘BEAN MACHINE’, a slight reference to the 1974 film ‘Mean Machine’ (also known as The Longest Yard) starring Burt Reynolds.