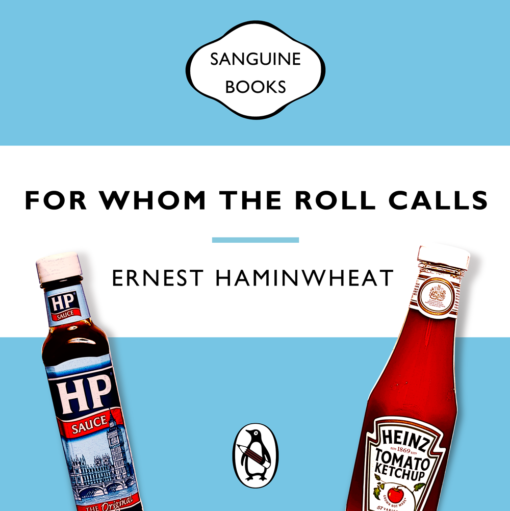 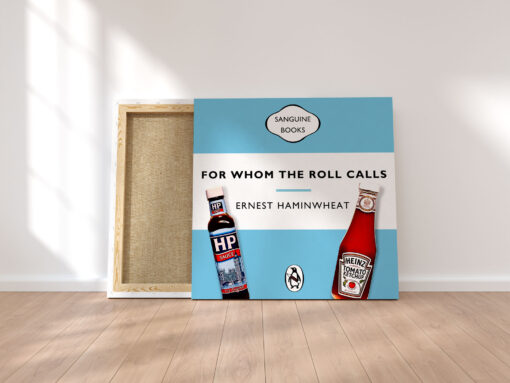 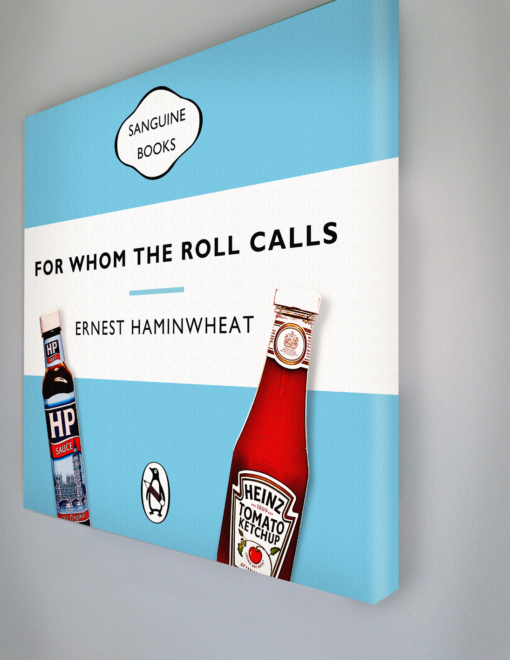 Time for a bit of sauce! The third addition to the Sanguine Books collection came quickly and references one of the oldest and most controversial talking points in the history of the world: Red or Brown sauce?! The jacket cover colour gives a slight nod to HP Sauce and both bottles have had their colours boosted to make for a more punchy and retro feel. Another big influence on how this picture came about was listening regularly to the brilliant Danny Baker’s Saturday morning radio show with the ‘Sausage Sandwich’ game.  This involves two contestants answering various questions, with the final one being whether a featured celebrity – when they have a sausage sandwich – has it with Red sauce, Brown sauce or no sauce at all. Sometimes art can be too subjective and is best left unspoken…

We contacted the show’s producers to let them know of our homage to the Sausage Sandwich game, and they hastily arranged for it to be couriered up to their office in time for their next show! As luck – or fortuitous timing – would have it, Ernest Hemingway’s granddaughter – Oscar-nominated actress Mariel – was appearing as Danny’s special guest that week, and at the end of her interview, to Danny’s surprise, she unveiled ‘For Whom The Roll Calls’ with the show’s Lynsey Hipgrave.